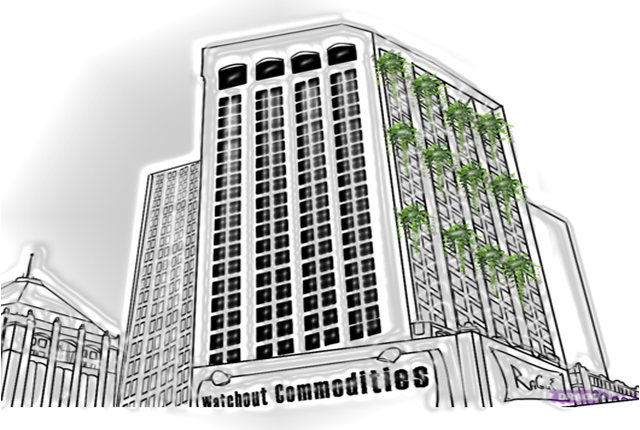 “The primary challenge of construction building in 2050 is to deal with the global warming issue as a consequence of continuously growing population, residences and number of buildings. Electrical power consumption reduction and new green space development are expected as effective solutions to alter this issue. With regard to these solutions, we come up with Li-fi (Light Fidelity) implementation for new version of Smart-Eco building idea. The basic concept of Li-Fi is using Light Waves instead of Radio Waves to transmit both light and data stream to users, which
naturally will reduce total power consumption compared to using light bulb and router simultaneously. Furthermore, Li-Fi has a higher bit rate for sending data around 5-50 Gbps which is 50 times higher than 4G network to cater projected subscriber’s demand in 2050. In addition, this technology is used to accommodate communication between people, devices or combination of both in smart-eco building. One key differentiation of our version of Smart-Eco building than other buildings nowadays is indoor Organic Farming, which operates using Internet of Things
(IoT) technology. Indoor planting is widely known as the basic yet still the best way for green building solution, nonetheless limited space available and regularity required in growing plants made it rarely implemented. In this occupation, we introduce a machine-to-machine communication among devices, especially between plants, sensors and showers through light waves to automatically fertilize and water the plants; as well as planting room idea to alter the legacy limited-space issue.” 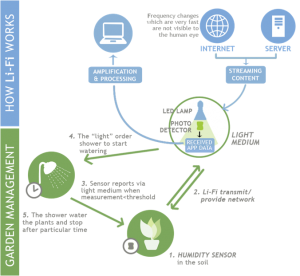